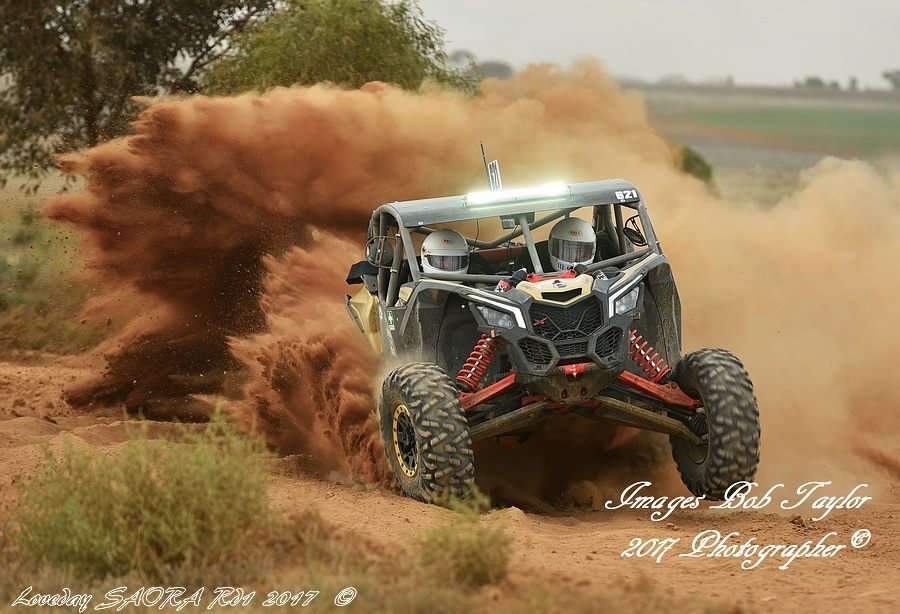 Another great weekend, and another round of fantastic competition was had at Wynarka last weekend. Rain in the lead up to the event helped to make ideal conditions, with no dust to inhibit viewing.

Blake Smith/Ian Mathison were humming along, but suffered a broken drive shaft on lap 2, putting them out of the event. Sam Daniele had clutch issues on lap 2 and did not continue.

Graham Tickner/Sam Tickner had a noise in the gearbox, and did not start section 2 Sunday.  Robbie Ward was out with drive line issues on lap 4, and Matthew Curtis/Clive Randall were out during lap 6 with steering bolt problems.

Competition between the front runners was intense, with vehicles sounding like angry bees as they went passed spectators. On the whole, the faster vehicles got round the slower ones very easily, with navigators keeping a good eye on their mirrors. Jack Rhodes had been running away with the event, when disaster struck on lap 8, and he went missing. This gave everyone else a little gee up, but did not cause them to lose their spot on the track.

A job well done to all who finished.

The next event will be Mannum Multi Club Enduro, 5/6 September 2015.